The pinnacle of world basketball is the National Basketball Association also known as the NBA to most, and there’s no denying that. People strive to head over to the States in order to test themselves against the best players in the world, and while that’s a commendable dream to have, it’s not the only other option out there. Several high profile leagues exist around the globe and they all have specific attributes and traits that make them great - but very few can actually claim to be the most historically significant division on their continent. When it comes to European basketball, the one and only leader, as a sustainable and entertaining league, is without a doubt the Greek Basket League.
The top tier of Greek basketball, the GBL, represents the very best that the nation has to offer over in Greece. While they’re predominantly known as underdogs in the realms of most other sports, they happen to possess a seemingly nationwide ability to excel in basketball. They’ve been one of the biggest powerhouses in the sport for years upon years, but as has always been the case, the impact of the Americans has overshadowed what the Europeans have been able to do for a long time now. The GBL itself is officially run by the Hellenic Basketball Federation and has legitimately been ranked as one of the top five leagues on the planet ever since records first began. 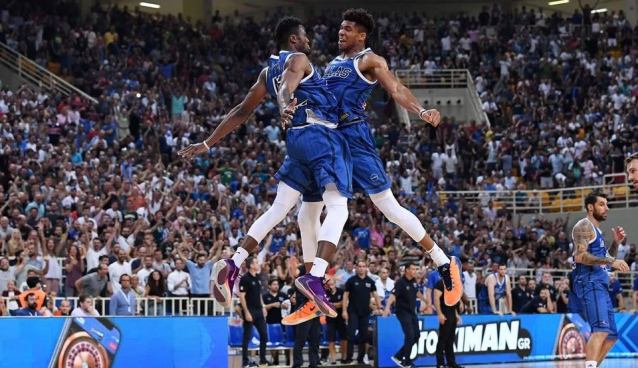 When you think of the Greeks you think of the effect they’ve had on history, and when you think of them in the sports sphere, the Olympic Games naturally come to mind. However, basketball has actually been around in Greece for much longer than you may have originally anticipated, making its debut back in 1910. It took a while but the first incarnation of the GBL was formed in 1927, with the focus being on different districts competing against one another to determine the Champions of Greece. The top tier has been named many different things, with the Greek Basket League first coming into effect in 2011, but there’s never been a breakaway league and it has remained consistent in its durability through decades upon decades of action.

In the present day, fourteen teams compete in the GBL during any given season, which tend to run between October and June - which isn’t that different to the NBA. As such, everyone plays 26 games with one coming at home and one away, with the top eight teams progressing, you guessed it, into the playoff system. This didn’t come into play until much later on down the line in 1986, but it’s fair to say that people have adapted to the idea pretty well. The Greek Cup also allows for lower division teams to compete against the GBL elite, although if you have a poor season and finish in the bottom two, then you’ll suffer the humiliation of relegation to the second tier.

Courtesy of the EuroLeague and other high-profile European competitions, a lot of teams in the top flight use bigger arenas for different tournaments. In the GBL you must have a 1,000 seater venue in order to be eligible to play, with the total actually being much higher for the EL and the EuroCup. From 1988 onwards the clubs in Greece were able to have foreigners compete for them, but on the 12-man rosters, half of the competitors need to be Greek - which helps to maintain a sense of national pride within the league. There are plenty of sports that could learn from those kinds of regulations, because it could help the national teams in the long run, too.

As time continues to pass us all by, we’re gearing up for another season of high-quality European action as the GBL returns in a few short months. The fourteen teams set to compete are spread far and wide across Greece, with a few not even being positioned on the initial mainland. You could argue, though, that the travel aspect adds to the fun of it all. The teams that will take part this time around are AEK, Aris Thessaloniki, Gymnastikos Larissas Faros, Holargos, Kolossos, Kyimis, Lavrio Megabolt, Olympiacos, Panathinaikos Superfoods, Panionios, PAOK, Peristeri, Promitheas Patras, and finally Rethymno Cretan Kings.

Although several dozen clubs have competed in the GBL there are only a few significant stand-outs, and if you even remotely follow EuroLeague, then you’ll know who they are. Panathinaikos have won an absolutely outrageous 36 championships from 1945 all the way through until 2018, and while some people enjoy that kind of dominance, you have to question the gulf in quality on display. Olympiacos have captured 12 titles with their latest coming in 2016, and bizarrely enough, the aforementioned Aris have eight after going on an utterly sensational run in the 80s which saw them win seven consecutive championships.

Despite all of this, though, nobody can ever really fully appreciate the magnitude of Greek basketball without recognising two men above all else: Dimitris Diamantidis and Nikos Galis. The first of those two gentlemen, Dimitris, spent his entire EuroLeague and GBL career with Panathinaikos - where he put his name on the map as one of the greatest European players in the history of basketball. Many young Greek stars today note him as one of their main inspirations, with his efforts against bitter rivals Olympiacos often being sighted as some of the greatest performances of the game this continent has ever seen. 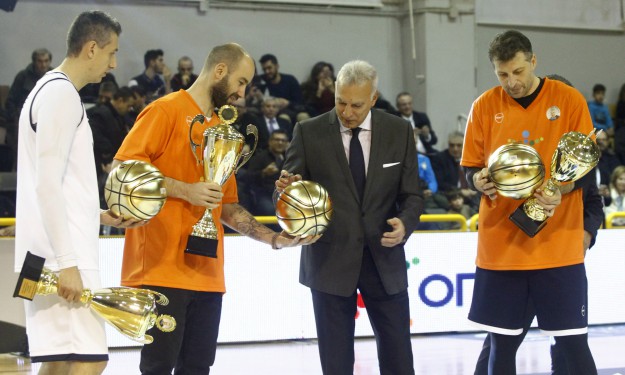 Beyond that, however, Nikos Galis reigns supreme as the king of Greek basketball: and it isn’t even close. He’s viewed as the greatest national athlete in the country’s history, and he was the main catalyst behind the overwhelming success of Aris during the 80s. The eight-time champion’s accomplishments speak for themselves, and without him, the Greek Basket League wouldn’t be where it is today.

Therefore, the next time you glance over at the TV and see a GBL game is on, stop and appreciate just how important it is to the sport you all know and love.