When you run through some of the nations that put a great deal of emphasis on basketball in Europe, some fans have a tendency to laugh them off - as if they aren’t worthy of being dubbed an ‘elite’ basketball nation. A big reason for that is because a good portion of the finest divisions on this continent can be found in countries that are either quite small or have never before seemed to have much of a pedigree in the world of sport. It’s the standard ‘judging a book by its cover’ philosophy that has caught out so many people both past and present, with a perfect example being the Latvijas Basketbola liga - also known as the Latvian Basketball League (LBL).

History of the Latvia Basketball League

The sport itself has been around Latvia for almost 100 years now, with Latvians picking up basketball around the same time as the neighbouring Lithuanians. Americans helped to train some of the early stars and take them to the next level, but for the most part, the Europeans weren’t doing all too bad for themselves. Not long after the sport’s foundations began, the Latvian Basketball Association was founded in order to create a real structure in the country. Over the course of the next few decades a series of different leagues and divisions were created, but with the current incarnation, the LBL wasn’t actually formed until very recently with the first edition of the league taking place in 1992.

The LBL is technically a part of the Latvian Basketball Association, which makes all of the key and important decisions regarding the league itself. The LBL is a part of FIBA Europe and currently plays host to nine teams, which is considerably lower than most leagues around both Europe and North America, although the previous number was actually 10 before a team withdrew prior to this last season. At the conclusion of any given campaign, the top two sides go into the semi-finals of the playoffs, with the teams from 3rd down to 6th taking part in the quarter-finals - in a ‘Tekken final boss’ kind of format.

The playoffs themselves tend to follow a similar structure to most, depending on your favoured basketball league. From the quarters through to the semis there is a best-of-five series to determine the winner, which may often feel a little different to only playing other teams once or twice throughout the course of a few months - which can serve as something of a ‘baptism of fire’ for a lot of these players. The actual final is then a best-of-seven series like the NBA, with the seeded teams being permitted to play the first, third and fifth games of any given series at home, giving them a slight advantage.

Courtesy of only being formed in the early 90s, you could argue that the Latvian league isn’t held is as high of a ‘prestige’ if you will as its counterparts. It’s somewhat understandable, but in truth, there needs to be more of an appreciation for what they’ve done for European basketball prior to the current era. They were once considered to be one of the finest teams in the land, even winning a EuroBasket title. In recent times they even managed to come 5th in the 2017 EuroBasket, and over the years, many stars from the nation have been able to live out their dreams not only in their own country but in the National Basketball Association in the United States.

This past season of LBL action featured some of the finest teams to ever take part in the league come together for a blockbuster set of games. Arguably the best and most fun part of the division is the fact that most of the clubs are so astronomically small in comparison to the Real Madrid and CSKA Moscows of the world, with one team even playing in a Secondary School. The teams that competed were Betsafe/Liepaja, Jekabpils, Jurmala/Fenikss, Latvijas Universitate, Ogre, Valka/Valga, Valmiera, VEF Riga and finally Ventspils - with the latter holding the distinction of being the most successful Latvian club in the history of the game. 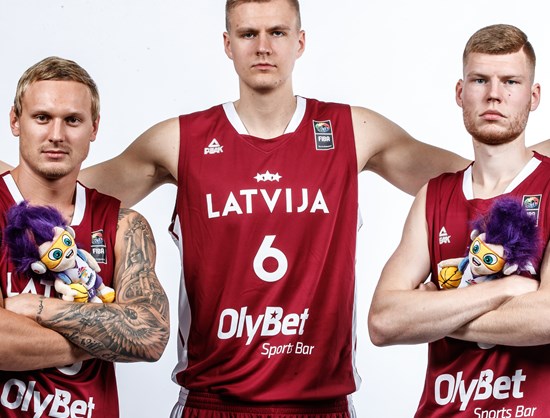 The reason for that is because they have the kind of infrastructure in place to assist them in continually getting better, with a 3,000 seat arena to go alongside their many elite-level players that have turned out for them from America, Lithuania and beyond. They’ve captured 10 championships throughout their history with eight runners-up medals, with Broceni being the closest team to challenge those figures. Bizarrely enough, though, they haven’t won the title since 1999, winning all of their championships in eight consecutive years starting from the first edition of LBL in 1992. VEF Riga, Barons, ASK Riga and Valmiera are the only other sides to have upset the established order.

Many iconic names and players have come through Latvia to play their basketball trade, with the likes of Andris Biedrins of the Golden State Warriors coming to mind. Rudolfs Jurcins set the ball rolling way back in 1935 with some of his record-breaking scoring numbers, with many of their greatest stars deciding to compete in their homeland of Latvia in order to continue to raise the profile of basketball in their nation. Alas, while we’ve listed some great names, none quite compare to current superstar Kristaps Porzingis.

The 22-year-old seven-footer is one of the hottest stars in all of basketball right now, becoming the 4th overall pick for the New York Knicks in the Draft back in 2015. Since then he’s continued to go from strength to strength as the new talisman in NYC, but his story began in his hometown of Liepaja where he played for the aforementioned BK Leipajas Lauvas. It was there that he was able to draw more eyes to his play as a youth star, and while he may have gone off to pastures new overseas, he’s never forgotten his roots.

Latvian basketball is small and it’s still in the infancy stage, but over the next few decades, don’t be surprised to see more and more coverage of the LBL in the mainstream media.